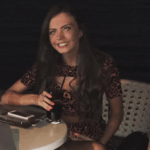 Essential workers and the most vulnerable will receive increased access to coronavirus tests after the government unveiled a network of mobile testing units to travel where there is significant demand, including care homes, police stations and prisons.<a href="“><img class="alignright wp-image-136073 size-full" src="” alt=”38GpPO-OFFICIAL-20200423-079 GRANTHAM MOBILE TESTING FACILITY” width=”300″ height=”195″ />

The number of new mobile units is being scaled up after a successful pilot last week, which saw Department of Health and Social Care vehicles refitted to fully functioning testing sites, following a design developed by the Royal Engineers of the British Army. Now, there are 8 existing mobile units carrying out tests across the country, including in Salisbury, Southport and Teesside.