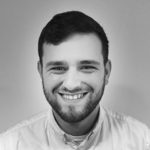 The Economic Affairs Committee report recommends that the Government immediately spends £8 billion to restore social care to acceptable standards and then introduces free personal care over a period of 5 years.

Key findings
The Committee found that publicly funded social care support is shrinking, as diminishing budgets have forced local authorities to limit the numbers of people who receive public funding. Funding is £700 million lower than 2010/11 in real terms, despite continuing increases in the numbers of people who need care. More than 400,000 people have fallen out of the means test, which has not increased with inflation since 2010. The Health Foundation and King’s Fund estimate that to return quality and access to levels observed in 2009/10, the Government would need to spend £8 billion.