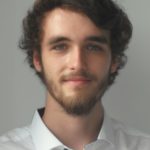 A fundraising appeal has been launched to raise £23 million for a new cancer centre at Macclesfield hospital.

The Christie hospital in Manchester is one of the world’s leading cancer hospitals, and the Christie charity is due to begin work on a new cancer centre in Macclesfield later this year. The NHS foundation trust has launched an appeal to raise £23 million to complete the work.

The Christie Cancer Centre will serve 1,500 new patients in East Cheshire, providing radiotherapy, chemotherapy, outpatient care, holistic support and information services. The centre will be built at Macclesfield District General Hospital and is due to be completed in 2021.